Look! Over there – a robber is making his getaway with some loot!
Be the hero in this fast-paced, action lane changer as you set off in pursuit of the robber and his stolen goods.

Watch the PLAYMOBIL city whizz by as you chase the robber through the streets, avoiding traffic cones, road blocks and spike strips.
It’s exciting action all the way as you pick up fuel to stay in pursuit.
Look out for the bonus Stolen Safes and collect them all to top the leaderboard.
Catch the robber with the Police motorbike, car or the all new balance racer, each with their own chasing style.
Then lock that robber up in jail in the PLAYMOBIL Police Station. Job well done.

• Jump aboard your favourite vehicle and catch that pesky robber!

• Choose from the Police motorbike, car or balance racer – each with their own unique strengths and abilities

• Don’t let him get away! Collect fuel cans to keep your vehicle fuelled

• Steer the robber onto spike strips to stop him in his tracks. BUT, hit them yourself and watch your vehicle spin out of control! 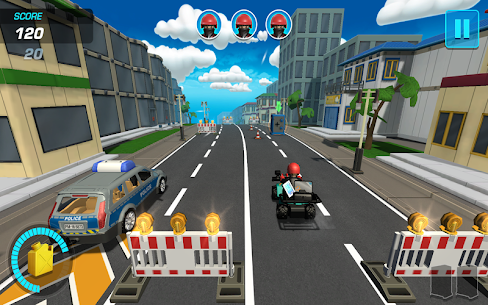 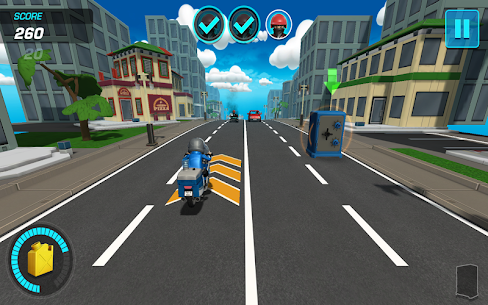 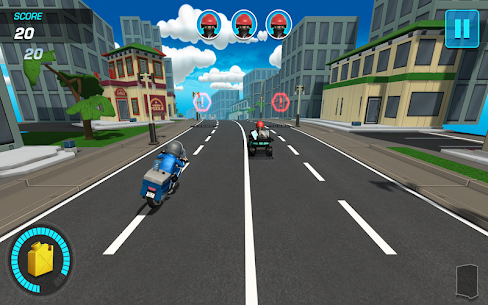 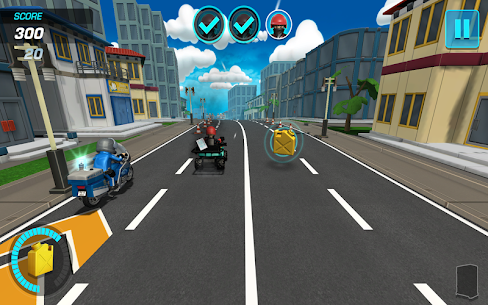 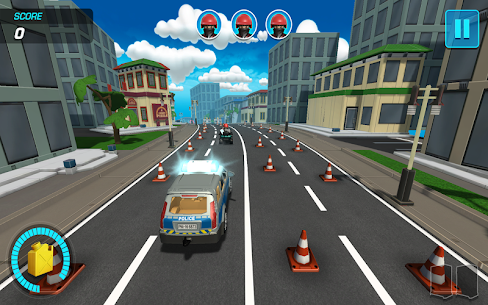